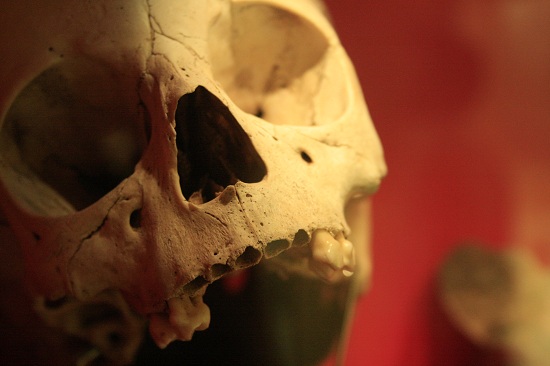 I died. Fought as I did throughout the month of November to succeed at completing a game for National Game Design Month; I did not manage to have a completed game, let alone have it played at least once, before December. However, as I've stated before, this is all right. I currently have zero games that I've created to show for my game design aspirations within my portfolio. NaGa DeMon, though, jump-started my designing to a point where I have a card game that I can't help but to fully complete. Without this, I might still be at ground zero with nothing. I may have failed at this arbitrary competition that encourages game design, but I succeeded at getting something valuable out of it.

Now that I don't have the constraints of the NaGa DeMon deadline anymore, I can... set a new deadline for myself! Because I know me, and I don't do what I should do if I don't have a deadline. I'll just end up procrastinating on finishing designing my card game, as much as I would love to have it done. And I need to tell YOU guys my new deadline, so that I would be held accountable. And here it is: finish designing a playable prototype before the year 2013 rolls around.

Sure, it's true what Shigeru Miyamoto said, "A delayed game is eventually good. A bad game is bad forever."

This is true of any game or project. There's a certain amount of work that needs to be done for a game to be at that point where you can stop and leave it alone and be finished. People estimate the time it would take folks to complete the full amount of work and set a deadline. Sometimes, though, 100% work wouldn't be finished by the deadline. You then have a choice - delay the game to finish putting in the amount of work needed to make a great game, or make your game worse by cutting features/content or diminishing quality or certain things.

What you don't do is justify your procrastination by reciting Shigeru's quote. Because that's not what he means. You have to keep on designing. As long as you're doing that, then damn the estimated deadlines if you want your game to fully blossom into the beautiful game you want it to be (though, like with artists, I hear you can get to a point where you're infinitely tweaking and tuning your game, and you just have to tell yourself to walk away and move on to your next work).

Let's back up a bit. During the last week of November, when I was fervently attempting to finish my card game and have it played once by my friends, I truly believed that I was able to make it. ...Until it got to a certain point in time where it seemed impossible. That's when something awesome happened.

My friend would come out of his room at the apartment I was staying over at for a few days and ask me, "Don't you have a card game to finish?" Whenever I would stray and get caught up in being distracted by social media and subsequent links to interesting things, he would find me doing this and say, "Get back to work." He also actually contributed one card design that's awesome for my game: the Honeycomb Shield.

This friend would keep insisting that I can do it, even though I didn't think I could. And I would respond, "Dammit." Because if he believed I could, then not going back to work was giving up.

When it was just one day left and a seemingly-insurmountable amount of work needed to be done, I would announce to another friend that I had to throw in the towel. I wasn't going to make it. And he said, "Yeah, I kinda new that." Oh did this really get my goat. I was impassioned to prove him wrong. That I can be great and defeat the NaGa DeMon.

Of course, these could just be tactics that don't necessarily reflect how they feel about me in designing my card game. But they do the job in pushing me in the right direction. I'm glad I had the support while I was agonizing over some part of the game, oftentimes insignificant parts of the game like how an item is named or how the concept of a monster is with no impact on actual gameplay (I really need to learn to just move quickly and rapidly develop on the foundation of the game first and only apply polish and such after the game is designed. I'm aware of myself doing this, but I'm stubborn and focus on these unimportant things anyway because I want to because it just doesn't "feel right" or isn't yet "perfect").

We all need support and encouragement when pursuing our dreams and other sorts of endeavors. A third friend of mine just gave away his decks and box of the Vanguard CCG to me when we weren't playing it anymore during that short month or so because he wanted to support my card game development (and these can be used as material for sleeving up prototypes or just as inspiration).

As of today, I am currently happily designing items with a Zelda-like feel for my card game. I wouldn't be at the point where I am without National Game Design Month, my ambition to create games, and the support from my friends and the community. Thanks, you guys.
at 1:20 PM No comments: