For years, I've been fascinated with four colors mattering in Magic: The Gathering. Like, cards that specifically care about whether you're going exactly four colors - and definitely not five colors. If you've followed my Magic design activity online, perhaps via the #mtgdesign hashtag on Twitter, you might have seen my previous attempt at creating a four-color set.

I haven't given up on that set. 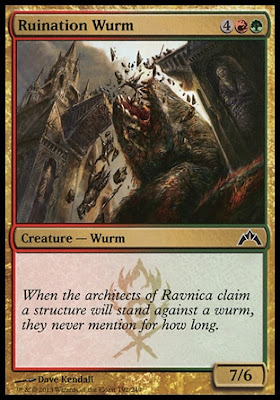 There are five four-color groupings that are possible, which I tentatively referred to as "factions" during development of the aforementioned set, and the one I'm focusing on today is the nonblue faction.

This faction I had decided would care about vanilla creatures. This created a few issues.

They are as follows:

There is no such thing as "vanilla" creatures 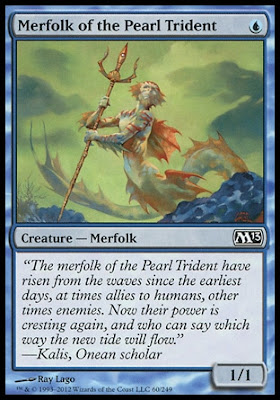 It's incorrect to say that any creature with an empty text box is a vanilla creature since some creatures have text in their text box that is all flavor text. Which ties in the next point...

How can we make vanilla creatures that are easily recognized as vanillas?

There may be doubt, sometimes, as to whether a creature is a vanilla creature. Besides the flavor text example I mentioned earlier, which might be a "gotcha" for newer players, some seasoned players might even question whether a creature that has just an enters-the-battlefield effect is vanilla. Thankfully, an elegant solution had already been introduced.

If someone was looking at the theoretical four-color set that this vanilla creature faction was in, they would have no doubt that the cards that have full art are the ones that are creatures with no abilities.

Some of you may point out that vanilla creatures in the past aren't full art, so this might be confusing. I hear you, but this is all right. We have Humans as a creature type now in Magic, which clashes with the fact that many years' worth of Magic cards in the past didn't have an explicit "Human" creature type written out. 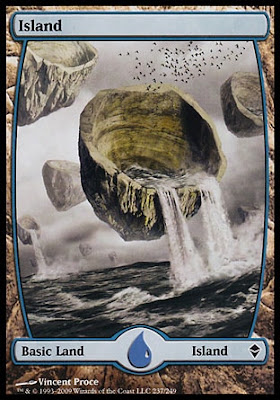 So, it's O.K. The full art will help to serve the newer players most, and if they're experiencing this set, then they're likely not also experiencing a ton of old Magic cards at the same time.

Also, this isn't a proposal for making all vanilla creatures to ever exist in the future to change to being full art. This set containing these full-art vanilla creatures would just be like a Zendikar, where lands mattered and, thus, basic lands had full art.

How can vanillas be exciting?

Luckily, the solution mentioned previously, with the full-art lands, make these vanilla cards pretty cool. I mean, take a peek at these: 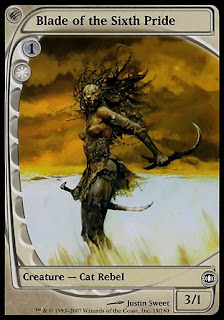 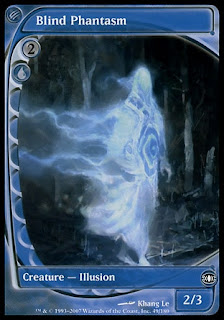 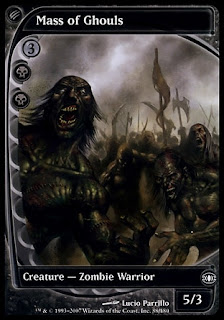 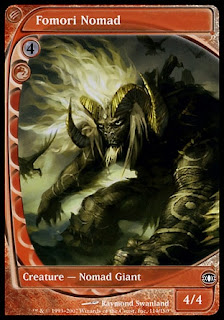 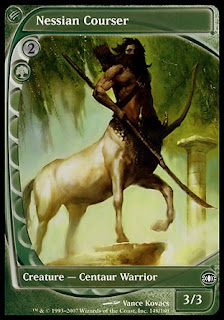 Lastly, sometimes, there are mechanical themes in sets that appear that suddenly make older cards actually matter for reasons which they didn't matter before. This is one such case, as there are hundreds of vanilla creatures from Magic's history ready to become more relevant than before.

Is a vanilla creatures nonblue faction a mistake?

This is a fair question to ask, of which the answer I do not know and would be finding out through development.

It is my believe that Magic: The Gathering has room in its limited design space for an amount of cards that cares about vanilla creatures. And when there are themes in a Magic set, you need enough cards in the set to support that theme. A faction of a set that cares about vanillas seems good (better than being a major theme like the artifact card type was for Mirrodin), and what better to help increase the number of cards that care about vanillas than to utilize the maximum number of colors for a distinctive "group"? 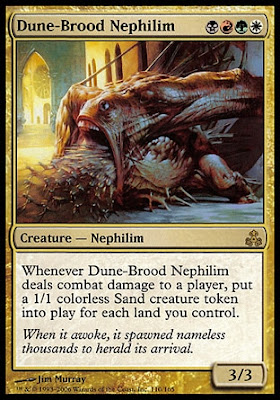 So far, it still seems to be a solid direction.

Whew. I'm relieved! I got the solution to "How do we easily communicate vanilla creatures in this set?" out there to you folks on the internet and off my chest. =) Tune in ...sometime in the future when I decide to pick back up designing my "four colors matters" set.

For more on the vanilla faction itself, you can read more from my past writing on this topic here.
For more on vanilla creatures in general, I wrote this and, its sequel, this.