TL:DR, here are my speculative claims:

Previous to the time of this writing, Wizards & Gavin Verhey (lead designer of Commander 2017) announced that this year's Commander products would be tribal-focused. Also, by this time, leaks confirmed a couple tribes: Cats and Dragons.

Recently, the Commander 2017 product page was updated to contain four banners, one for each tribe.

The cat and dragon decks that were leaked are featured in two of the four banners. For the other two, a Vampire-looking man is depicted in one and a woman surrounded by what look like cultist men depicted in the other.

The Vampire-looking man probably means Vampires tribal. Which makes sense. When you look at EDHRec's most popular tribes, Vampires are 6th, out of 66 tribal decks. However, there isn't much tribal-focused support from among the available Vampire commanders. And, going down the list, starting from the most popular, there's already strong support for Zombies, Goblins, Elves, Dragons, & Slivers.

What about the final tribe? I'm guessing Wizards. Here's why:


Wizards. Going beyond Vampires in the list of popular commanders on EDHRec, we have: Wizards, Humans, Allies, Eldrazi, Angels, Spirits, Elementals, Merfolk, Snakes, Clerics, Soldiers, and beyond.

Wizards only have one real commander: Azami, Lady of Scrolls. Thus, most of the tribal Wizards decks built has this creature as its commander. But it's VERY popular.

Going beyond Wizards, we have Humans. This is probably just by happenstance since there are TONS of Humans, only by coincidence, when Humans used to only be Soldiers, Minions, etc. Allies have great support. Eldrazi means probably no blue colors, which is no bueno. Blue players would be sad that Dragons is the only deck with blue in it. Angels would be white but Cats and Vampires are already white. There's already lots of Spirits-matters commanders. Elementals also have a good lord.

Sadly, Merfolk also need help but there are four times as many Wizard decks as there are Merfolk decks. And Wizards are predominantly blue, same with Merfolk. And Merfolk's other colors are mostly green and white, colors already strongly represented in Cats and Vampires. Some other time, then, Merfolk.

Lastly, my last piece of support for Wizards: the Pokemon Contest theory.

In Pokemon video games, there is an aspect called Pokemon Contests. Pokemon have moves for battling but could also use moves in these contests. Each move is categorized into one of five: 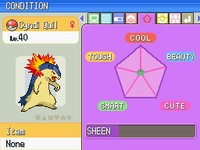 So, since tribal decks for Commander 2017 were announced to NOT focus on the color wheel so much, then what ARE the primary drivers? I say the above attributes are. If you're looking to buy only ONE deck, and you ignore colors (and MTG finance), you're going to want to choose the tribe that fits your personality most.

That leaves Clever (and Beautiful, but Cats and Vampires and even Dragons can be considered beautiful). Wizards one of the most Clever tribes. Wizards are mostly blue. Blue is Clever.

Wizards are the final Clever deck, then. We have Wizards tribal as the fourth tribe.
Bonus: "Wizards of the Coast" cheekiness, Harry Potter & Gandalf made Wizards all the rage

As for Wizard colors:


Lastly, the art for the face of Wizards shows a lot of black along with blues, purples. Purple is a combo of blue and red. The lots of black points me towards Black, along with the cultist hooded dudes vibe. The purple color points me toward representing red in there.

This was my hot take of a blog post. Thanks for reading. The end. :) 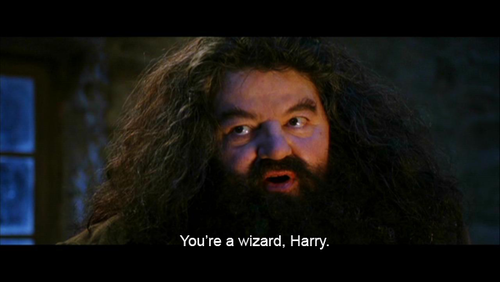