Red's aggressive. What are the aspects of this aggression?

Taking the above into consideration, I've come up with some qualities for a nonred faction to focus on:
How do I have untapped creatures?

How do I have a bigger hand?
How do I always have the number of permanents increase as turns pass?
Lastly, there's a quirky thing I discovered:

The word "counter" appears the least on common red cards in all of Magic.
Obviously, blue has the most number of cards with "counter" in the text. Green plays with +1/+1 counter growth a lot. And white and black are somewhere around "more than red."

Having a mechanic that cares about "counter" in the text encourages players to play with cards that grow their creatures and counters answers to their creatures. However, this also reminds me of the counter theme that is in Commander 2016, but a little spin on it.

For both the fact that caring about a word in text is potentially confusing (overload handles this pretty well by only referring to its own text) for what counts and what doesn't (for example, does "Can't be countered." count?); and that counters as a nonred theme has already been done, I'm leaning toward something that is more novel for nonred. 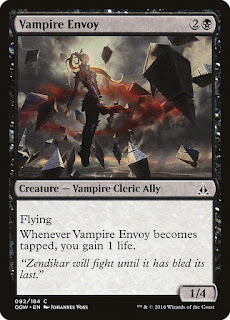 The above Ally is the only one that has greater toughness than its power that also doesn't have a name that mentions a word that is specific to Zendikar. It also has flying, which the nongreen faction cares about. Alas, this is a black Ally, of which the nonblack faction, caring about Allies, could not use. And, thus, to encourage four-color (instead of five-color) play, this can't be used. 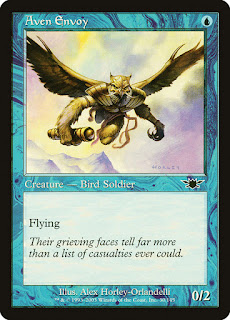 Synergizes with the nongreen faction and doesn't call out a specific place. Shout out to Pillarfield Ox, though. The hero we needed, not the hero we deserved.
...wait, speaking of hero... 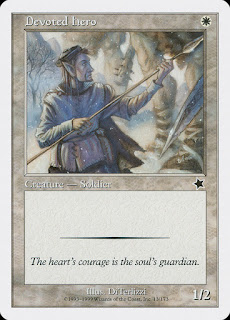 Tough Centaur
2G
Creature - Centaur Warrior
Tough 'n' Rumble (Whenever another creature with toughness greater than its power enters the battlefield under your control, this creature gets a +1/+1 counter)
2/3

Tough Soldier
3W
Creature - Human Soldier
Toughen Up - Whenever another creature with toughness greater than its power enters the battlefield under your control, this creature gains vigilance until end of turn.
2/4

Card Count
2U
Draw three cards, then discard two cards unless you discard a card with "counter" in its text.

...lots of exploring of card designs that still needs to be done, but I'm loving the toughness greater than power thing. Gonna need to find the most enticing and grokkable effect. In the meantime, consider this red card that is the antithesis of what this nonred faction might possibly shape up to be. 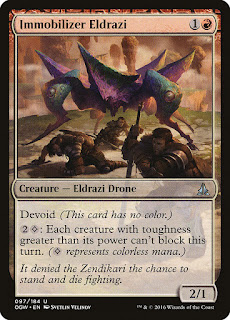 One way to be able to easily tie together cards broadly is via the card type line. When looking for a nonblack mechanic, I first thought of a team of creatures working together. The first iteration of this was a D&D-style party where you needed a Cleric, Warrior, Rogue, & Wizard. That was turning out to be a bit more convoluted and/or pulling the focus away on trying to achieve four colors. If creature type were to be referenced, it should be a single type and something evocative of everything black isn't.

Enter allies. Black is selfish and works for its own best interests. Those who work as a cog as part of a greater machine for the better of the whole; whether it's your family or community, or whether it's the right or logical thing to do; this is what black doesn't do.

...interestingly, in Avacyn Restored, black was isolated to itself while the other colors got access to a mechanic focusing on working together: soulbond.

If I were to pursue the allies route, I would be making zero black ally creature cards to ensure those that want to play with allies only go to four colors. And I'd be introducing a new style of ally mechanic, like how Cohort was introduced to join the Rally type of ally mechanical gameplay.

For soulbond, I'd have to see what space there is left to explore and how to further evolve soulbond beyond the level it's at now as of Avacyn Restored.

Could there be a soulleech? Mindbond? Bodybond? Tripling instead of pairing? Pairing a pair? Pairing with not just any creature but with another soulbond creature?

I still have my work cut out for me for the nonblack faction, but let's dig into some designs anyway:

Four-um
2U
Sorcery
Alliance - Draw a card for each color among allies you control, then discard a card.

Alliance (Your Allies can help cast this spell. Each Ally you tap after you’re done activating mana abilities pays for 1 or one mana of that creature's color)