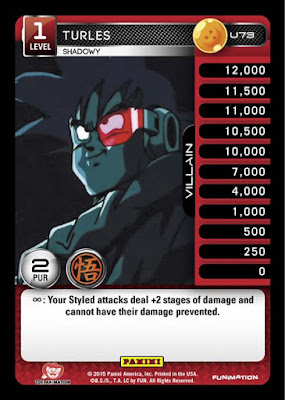 I wrote something called The Common Problem of Panini's DBZ TCG, a piece on how terrible it is to have a difference in rarity among personality level cards within the same set/stack (Trunks Levels 1, 2, 3, and 4), especially if those rarities are common and uncommon and found within booster packs.

This was a problem because:

These factors above end up with the truism that many players of the Panini Dragon Ball Z Trading Card Game who buy booster packs will have very, if not completely, useless cardboard.

I wasn't alone in recognizing this as a problem. Retro DBZ also had an article on this. 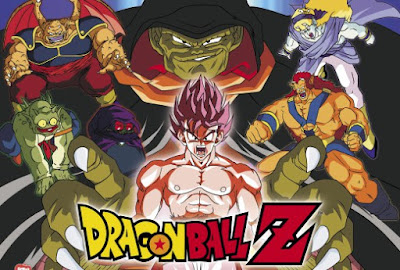 There doesn't seem to be any reason for this change other than Panini recognized that this is an issue and then did something about it. That's fantastic. I like that Panini is willing and readily able to adapt and change according to the needs of the game and that support is not limited to just balancing gameplay environments. Rapid iteration of making a successful trading card game is awesome.

This solution fixes #1 mentioned above. This also helps problem #2 mentioned above but doesn't completely solve it. But, it's tricky to solve this because there's another factor that Panini seems to be concerned with: Rainbow Sealed format. 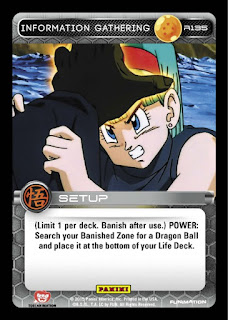 Whenever there's a new set, players are going to want the new cards and play with them. Launch tournaments exist as a fun event to promote a set's release and give the opportunity to play with the new cards due to the sealed pack format Rainbow Sealed.

So that solves that problem, but, the thing is, if you're going to buy a booster box or two of a new set, with personalities in the uncommon slot, you're still going to have a surplus of personality cards. So, as you can see, utilizing the current pack distribution to solve BOTH the problems of having too many personality cards and being able play with new personality cards in Rainbow Sealed is currently impossible.

So, we have two contradictory goals:
1) Lessen the number of cards that become useless as players purchase more booster packs
2) Increase the chances of having a full set of Level 1 through 4 for one of the new personalities at a Rainbow Sealed Launch event 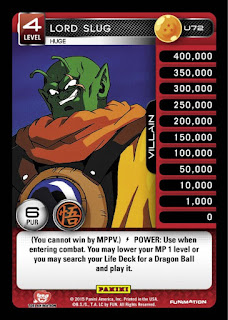 Personality cards are always going to be among the cards you'll want the least number of copies of within your DBZ card collection. You can play three copies of Saiyan Upward Kick within a deck, but you can't play three copies of Garlic Jr., Crazed. Even though you can only play a single copy of Master Roshi ally in your deck, one or two of your decks might also make use of a Master Roshi ally, so it's not as bad as having multiple of the same main personality.

Main Personalities: In comparison with the rest of the cards in that list, you're going to need copies of these cards the least.

Named Cards: You might want up to three copies of named cards, so you want to see these more often in booster packs than main personalities

Allies: You might be playing Nappa in each of your two villain decks, for example, so you'll want to see these more often than main personality cards.

Masteries: Once you get a mastery, you're done with needing that mastery. Just like with main personalities you only really want one, maybe two copies of that mastery. A good solution that has been adopted by Panini is to have masteries only be included in the starters, so folks who buy starters don't have to worry about duds in their booster packs.

Part of the Pack

Now, I know this may be something that's tricky to do in whatever manufacturing locations are determining the randomization of packs.

But, if it's logistically possible distribution-wise, this solution might help improve the quality of Dragon Ball Z Trading Card Game booster packs.