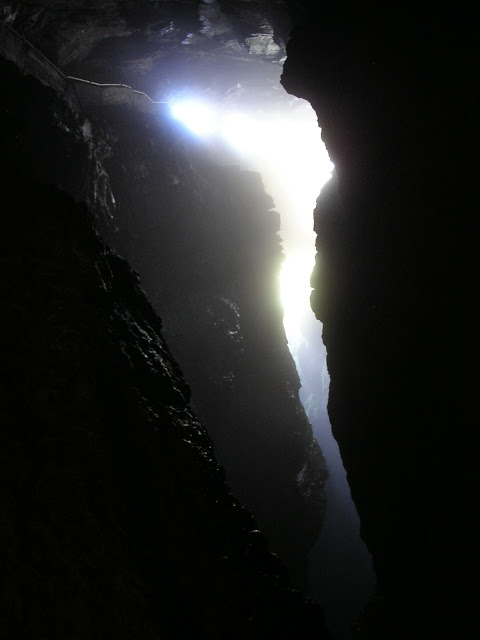 I did it. I finally did it. You know the card game I'm designing for National Game Design Month? Well, I'm getting a huge sigh of relief now because ...I have decided on a theme! (Heh, I'm FAR from being done creating it.)

Yes, my NaGa DeMon card game is quite late in its development comparative to how many days I actually have left in the month. But I'm O.K. with that. I mean, the fight's not over, yet. But even if I fail to make a game by the end of November; the greatest thing I will get out of this is that I'm going to actually have an original game I can call my own. I'll go from 0 games in my portfolio to 1. My heart will swell.

I did spend a truly vast amount of time agonizing over possible themes for my card game, but it was all worth it. I was riding the BART train (the San Francisco Bay Area metro train within California of the United States), looking out the window, letting my thoughts flow, when I suddenly had a "Eureka!" moment.

Since my game's mechanics are based on the prisoner's dilemma situation, there would be simultaneous secret decisions made by each player. But when you reveal each of these decisions at the same time, which ones get resolved first? Is there a first, second, third, and fourth player? But we can't have the same player always be first each round. So, we'd have to pass around the "initiative." (Vs. System, a Trading Card Game, had something called "initiative" that players took turns controlling for the simultaneous turns built into the game system.) But what would make sense flavorwise to portray this?

"Passing around the initiative" made me think of the phrase, "pass the torch." And just like that, everything clicked. I took that as a literal passing of the torch, as in the players each take turns holding the group's single torch. Which led to needing a reason for a torch - darkness. Exploring a dark cave, for example. Or a dungeon like in a lot of role-playing and/or roguelike games. There's a game called "Torchlight" for goodness' sake! And which of the themes was I considering that most closely matches this? The Zelda-like one with "being the most brave" as a goal!

This theme of "braving against the darkness" is a jackpot of resonance. Everybody has experienced the dark. And everybody has been AFRAID of the dark: the unknown lying in the shadows, the monsters under the bed or behind your closet, walking alone after dark, creeping around an empty house by yourself interpreting any noise as something alarming. Anything could pop out and become illuminated by your torch. This makes it that much scarier - you don't know what you're going to face. This theme is perfect, and everybody can relate to it.

Caves are inherently dark. And finding your way out via a torch makes a lot of sense - we've seen this before. Also, when you get lost in a dark cave, it also makes sense that you don't know exactly when you're going to make it out. This fact is important since the game has a variable ending - you don't know when it's going to end (this is something that aids the functionality of this series of prisoner's dilemma situations within the mechanics of the game).

Another important thing about this discovery with having a torch is that I also have an answer for how monsters will attack. The one holding the torch will have his or her action resolve first before all the players, but this benefit would be balanced by the fact that the monsters would choose to attack the player with the torch first (mind you, I'm not simply letting a gang-up of monsters happen. I'm mindfully designing around the fact that the person with the torch is going to be in the worst position during the round of monsters attacking). The person with the torch is emitting flame and light and draws attention - naturally!

Having the torch mechanic not only solves two problems (order of resolving players actions and deciding how monsters will attack) but also helps provide strategic depth to the game. When you're secretly choosing your action from among your hand of possible actions (these are drawn from your deck, meaning the possible actions will vary, being dependent upon your draw), that Hide card becomes possibly much better than that Attack card in your hand if you're the one holding the torch that round.

Lastly, I want to note that the game's setting won't be strictly adhered to being in a cave. As you travel through, encountering monsters, you'll also encounter cards that will either be a game-ender (rare) or a path toward the next area, which can have a variety of flavors - a dark forest, an eerie lake, a ghost town/mansion, a foggy field, etc. I'll do more exploration on this - but this game definitely isn't focused on taking place in a cave. The DARKNESS is what matters most.

I've found my theme, and I LOVE it. I am completely satisfied with the chosen theme and am no longer stressed by this part of the game-making. Now that I have both my mechanical and thematic sketches in places, I can let each of them build off each other as I continue the game design of my NaGa DeMon card game!
at 2:57 AM