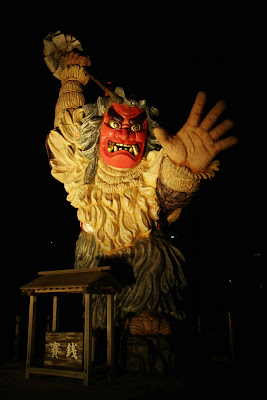 "I'm not going to let my life suck," I said to myself as I scrambled out from under five layers of blankets. After my cozy session of re-watching Eternal Sunshine of the Spotless Mind followed by reading the comic by The Oatmeal about creating content for the web, I turned on my house's heater for the first time this season.

What did turning on my heater have to do with not letting me have a sucky life? Was I really that dramatic? Nay! I was thinking a series of "this will lead to that which will lead to..." thoughts! It went something like this:


I recalled how my decision to purchase a box of hot chocolate packets was fantastic. Sure, I could just live off of water. My body would be taken care of but my soul wouldn't. So I made sure to treat my soul. And then, sure enough, my happiness points increased, and it made doing whatever I was doing that much more awesome. And that helps when you're trying to do productive things!

Last time, I brainstormed a ton of different themes I could use for the mechanical sketch of my game's design. I discovered something, though - I could keep coming up with all sorts of themes to apply to my card game, but I'm going to come up with a bunch of crap. Some are good, but there would be a bunch of unfiltered nonsense as well. While brainstorming, I wasn't focusing on what would make for an exciting theme for players. I was just coming up with ones that fit the criteria I listed out.

This is part of knowing your audience. When you're creating content for whatever medium it is you're creating content for, whether you're a writer, game designer, comedian, etc.; you gotta know the consumers. I'm making a game that anyone that is interested in board games would want to play. A theme of being eaters of ice cream in an ice cream factory isn't really interesting, even if it does fit as a theme. But being a zombie IS interesting, for example (except the theme as a whole has been severely played out).

So I learned that I would need to come up with not just a theme that fits but one that is compelling. A lot of the themes I brainstormed during my previous post I threw out. I eventually settled on these themes:
As you can see, most of the ideas I have fall under one of two things that players would want to have the feeling of when trying to acquire the most of something: food and wealth. The prisoner's dilemma mechanics with the goal of trying to get the most of something easily led itself to tangible goods like num-nums and treasured goods.

The only one that stands out from the list above is trying to be the most brave. Bravery as a desirable goal appealed to me because of The Legend of Zelda. Zelda had been on my mind because of this Kickstarter. And acquiring bravery was DIFFERENT.

Having the most courage as the goal in the game wasn't the usual "slay goblins and dragons, get gold and loot, yay!" thing. I want my game to stand out. I want to be refreshingly original. And that's what this theme is delivering. But it's more difficult to convey. Bravery is an abstract concept and not a physical thing that people will instantly get when they're trying to learn and understand my game.

But whatever I do, my game will suck. It's gotta suck because it is my first game. Somehow, someway, it's not going to be as impressive as whatever I would like it to be in my own head. While I was in college, somebody once said that the first ten games I make will suck. So it's better to get them out of the way as soon as possible so that you can get to making the good stuff. In that case, and because the game mechanics and not the game theme is the focal point of the project: I might as well choose a theme that is most resonant with the player, originality be damned!

For deciding factors, I decided on tangibility, what theme has its components that most easily fits the mechanics, and what lends itself to some compelling content. And this led me to cutting the possible themes down to this:
I cut zombies because it's boring to deal with different kinds of humans. What you want to see are a bunch of different zombies - but you're the zombie! And you have to be the zombie because the game's mechanics need you to be trying to eat the most brains. It's not quite the same if you flip it around when the human goal is trying to survive the longest or kill the most zombies or something.

Having a party of rogues is funny. And it's fitting of the mechanics because everyone is doing things that a rogue does - trying to get the most money, even by stealing, and killing monsters while sometimes backstabbing others.

Pirates naturally seek out treasures and is a better flavor fit than rogues since more people get what pirates are all about. The different islands correspond with the possibility of going through different themed decks - in this case, it'd be different island decks.

The thing that's throwing me for a loop is whether or not I want to push dirty innuendo of "getting the most booty." I could change it to "getting the most treasures," but it's not quite as in-theme as "booty." Oy vey.

Young children can sometime want to hoard all the toys for themselves. Or, at least, have the best toys. Having a "get the most fun toys" theme would let you channel your inner child-like desires of toy-hoarding.

Now that I've got a few themes picked out based around amassing tangible wealth, I can just leave my possible themes on the table for now and continue forward with fleshing out the rest of the game's mechanics. But that's a topic for another day.

Pst. Would you rather quest through dungeons (rogues), sail the seas (pirates), or get as many toys as you can?
at 12:07 AM