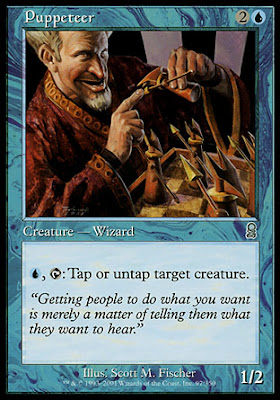 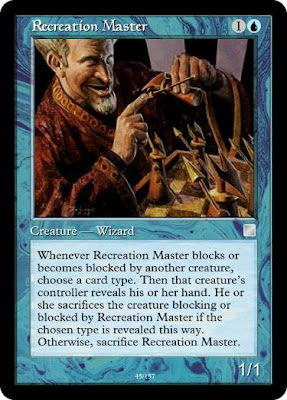 Recreation Master: he's the best at recreational activity (i.e. playing chess/games)! Initially, I had wanted to do certain games that included flipping coins or choosing odd or even (gambling). But those are red games! Red games are games of chance while blue games depend upon your intellect.

Thus, the effect that I have here. It depends on you to figure out what your opponent has in his or her hand.

The flavor is that this guy, rather than fight with the creatures he gets into combat with, plays a game with that creature. The "winner in the combat" is the one who wins this little chess-like game. He is a master, after all.
at 5:45 AM