Last time, I designed two sets of replacement abilities for the 'Scape Master and 'Scape Apprentice cycles. Today, I'll finish with the remaining three pairs of abilities resulting in the rest of each of the cycles in their finished forms. The card you see above is

So far, I've redesigned the blue and red abilities. They are shown on these cards:

"Up to three target creatures can't block this turn."

SCREECH. Hold up. I was going through each card, setting up the images and preliminary text and such when I noticed something a couple of things, one of which will undo the work I put into the blue and red abilities. First, the minor thing: 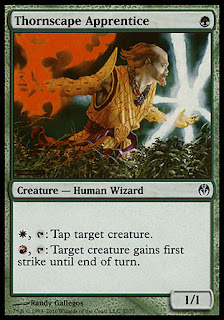 If you look at Thornscape Master, the order is correct: 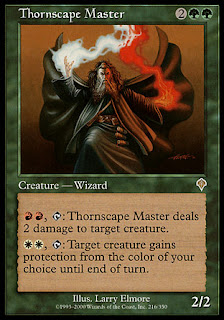 Anyway, I'll make sure it's correct in my version. Next, the more-important discovery: Sunscape Master is the only one that depicts victims of its magic. And, in that art, the blue effect doesn't look like it's drawing you cards. Sunscape Master is freezing a creature. Which means we'll have to change the blue ability. 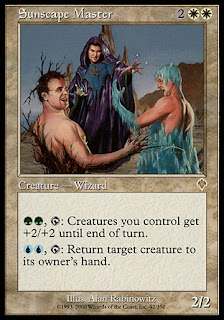 And blue, nowadays, when "freezing" creatures, it means to tap the creature and have it not untap during the next untap step. So, I'm going to do that, even though the old white ability on the Apprentice cycle was tapping. This is better and O.K., and I'm not being un-creative! So, here are the new blue abilities:

"Tap up to two target creatures. Those creatures don't untap during their controller's next untap step."

Because of this new blue ability, red is redundant with its "no blocking" ability. Back to the drawing board.

Oh, and I just discovered I accidentally duplicated Grixis Battlemage with my design of Nightscape Apprentice. Exactly the same abilities: 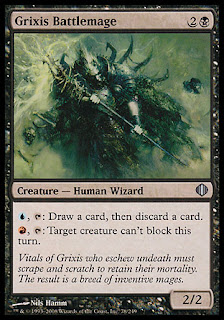 For the other guy in the art of Sunscape Master - well, he's happy. He's got tree stuff growing on him. This makes me think of +1/+1 counters. So, then, I think of the Apprentice granting temporary growth while the Master grants permanents boosts on two creatures. (It goes with the same scheme of "Do the same thing but more and better.") I realize that doing this would mean repeating the green ability of granting +1/+1. 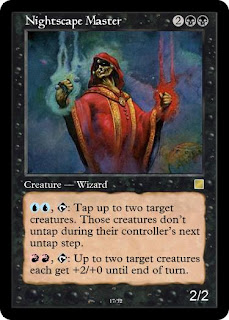 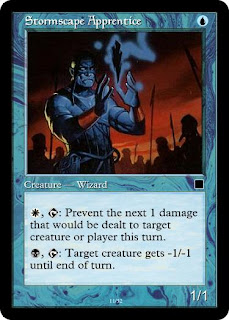 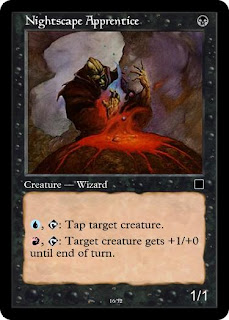 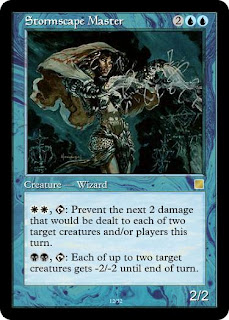 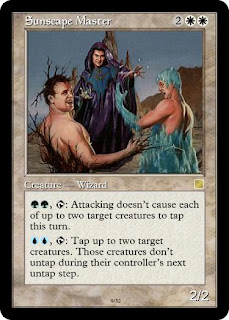 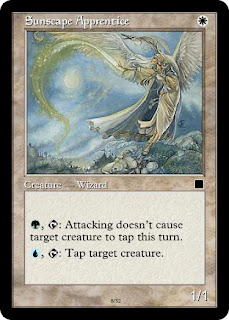 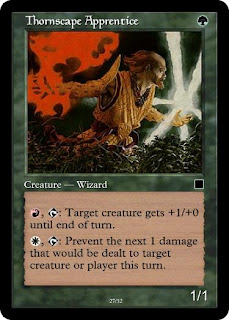 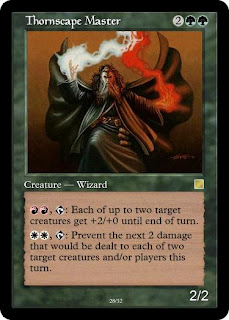 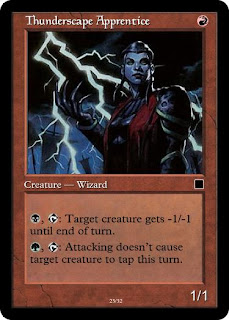 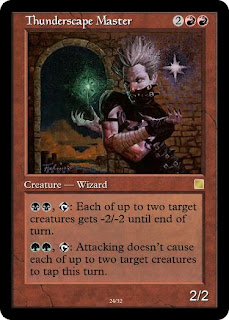