Daily Card Redesign is a daily Magic: The Gathering design exercise where I randomly choose a card for the scenario of it being killed late during its own set's development, and I design a replacement card that uses the same art, is the same color, is the same rarity, and has a name that, alphabetically, keeps it within the same collector number for the set. Because there isn't a given reason for why the card is killed like in real life, I follow a self-imposed rule of designing something "different."

There's a lot of cycles in Magic: The Gathering.

Anyway, the Attendant cycle here is really just one single card design. There's nothing different among them besides the three colors of mana they produce. There's tight cycles and then there are super-tight cycles. I want to instill a little bit of variation with my replacement designs.

But maybe these dragon attendants don't really do much because they don't do much in the story except to serve their dragon master or whatever. They're 3/3, so their sturdiness is nothing to sneeze at. And if anybody dares tussle with them, they'll fight back. 'cause they gotta be functional to serve that dragon, right? ...This is just me imagining what they're for. I wonder if there are more information on them.

...I learned a lot and ran out of time to write. Here's the cards that are shoddy at best. The idea here is that they can fetch for their respective Dragon master OR for their master's respective charm that appears in Planeshift, the next set. 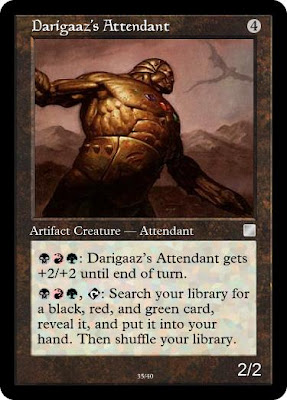 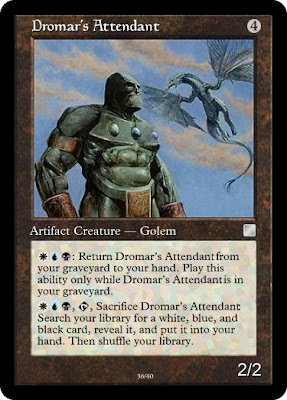 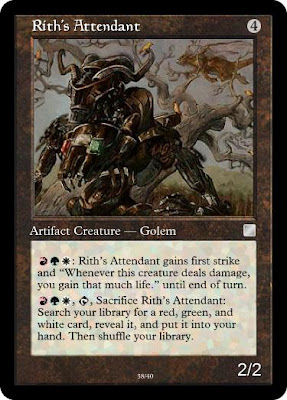 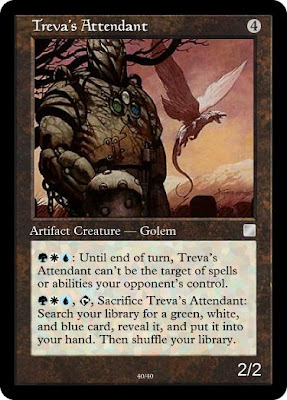 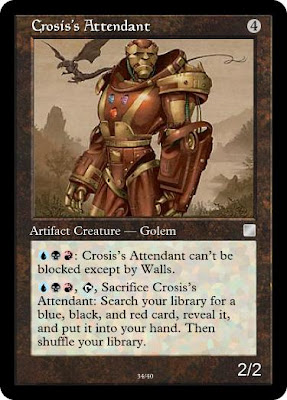