So, my initial submission of cards for the uncommon cycle was a disaster. While I was aware of the Genju cycle of land auras, I had failed to notice the Zendikon cycle. This was a mistake. As a designer, I should know Magic history. I didn't bother to do my research for my land auras, and it bit me in the butt. Going over the Zendikon cycle, I learned these things:
So,
By the way, this was all because of my friend Grant pointing out how bad they were and asking whether I had seen the Zendikon cycle. Thanks, buddy!
So, here are the new and improved cycle of uncommons. And if these versions don't cut it, then that's O.K., this time. I think. Anyway: 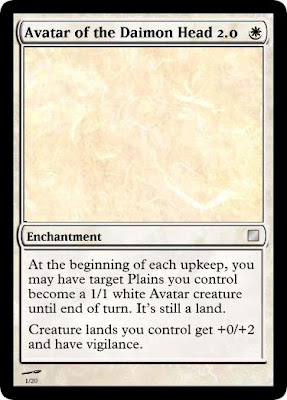 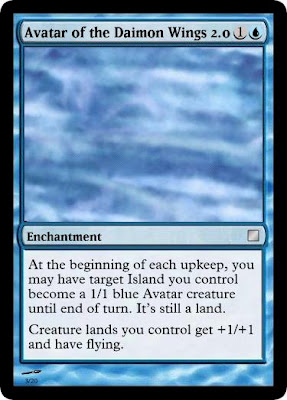 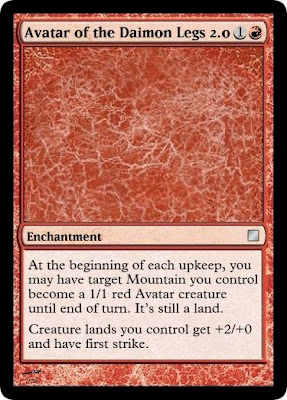 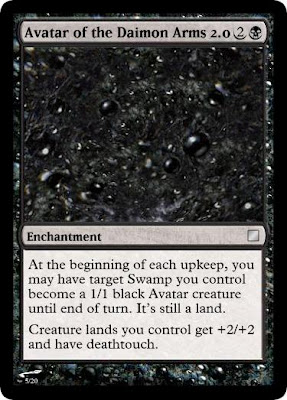 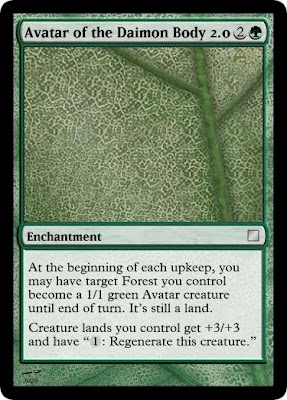 I like how the white enchantment is yet another variation on the white weenie that costs W. That white enchantment reminds me of Plated Sliver. I also made sure that the buffs all ended up being easier to remember when you had all the enchantments out. The white bonus to toughness balances the red bonus to power.
Making this mistake makes me doubt myself as someone with the talent to win this competition. But, I know it's just inner demon stuff. I've gotta be confident that I can win this. And that I don't make the same mistake twice.
The rare cycle is coming up real soon. One rare card left to finish. Then I gotta come up with clever card names because I would feel uncomfortable otherwise.
Cheers,
Brad
at 8:50 PM