Because this is a whole cycle rather than a card, I decided to limit how many elements of the original cycle I would change. I decided to leave the fact that they cost two mana each and are 2/1s and instead focused on a different execution of what this cycle was going for. 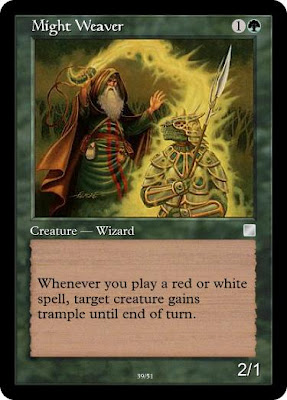 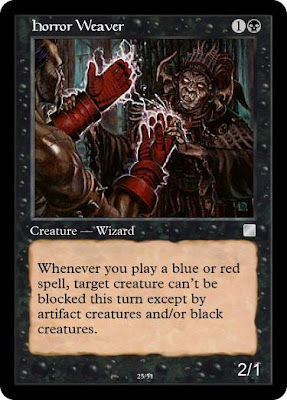 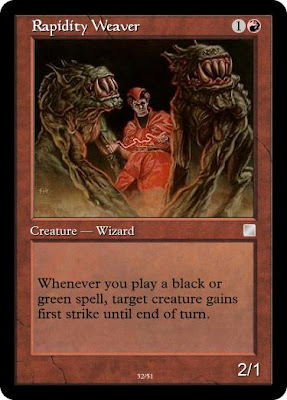 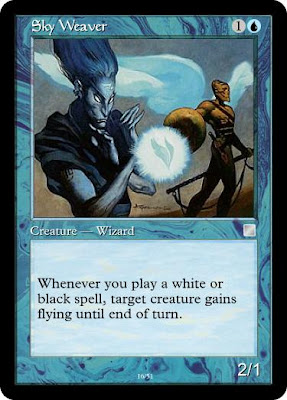 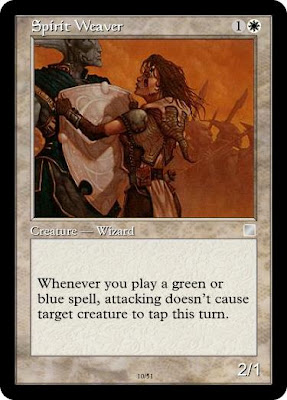 I had to change the names of the red and black cards of the cycle to better reflect the abilities they granted. While "Rapid Weaver" sounds better, it would have meant he was really fast at what he does rather than what he does is about rapidity.

I wanted to do away with the fact that black and white granted power and toughness and instead make the whole cycle uniform in granted evergreen creature mechanics (all of these abilities are now currently keywords).

I had to change the red one's haste-granting since the black/green creature wouldn't gain haste, and so the effect would almost always be wrong. I didn't want to change the trigger condition just to keep the ability to grant haste. Luckily, first strike is very red.
at 4:26 PM