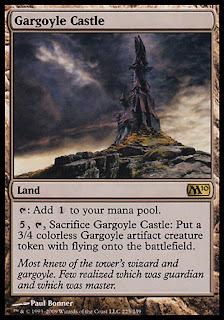 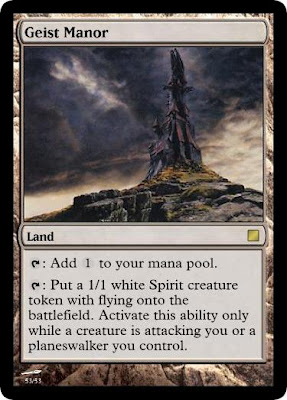 O.K., so this is obviously a haunted house. I had a different version of this card until I realized, at the last minute, that it functioned similarly to Moorland Haunt. Check it out: 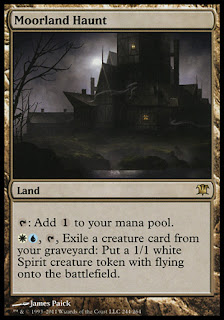 Anyway, I figured that any castle with a large gargoyle atop it could be housing ghosts or even have a vampire lord within it. I decided upon the ghosts angle, and the word "Geist" fit perfectly where it needed to be to retain the same collector number.

The condition of having creatures attacking you was a flavor tie-in with disturbing the grounds in which the spirits rest. Like, when you trespass a haunted mansion.