Daily Card Redesign is a daily Magic: The Gathering design exercise where I randomly choose a card for the scenario of it being scrapped late during its own set's development. I design a replacement card that uses the same art, is the same color(s), is the same rarity, and has a name that, alphabetically, keeps it within the same collector number for the set. 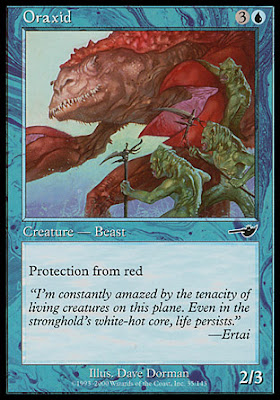 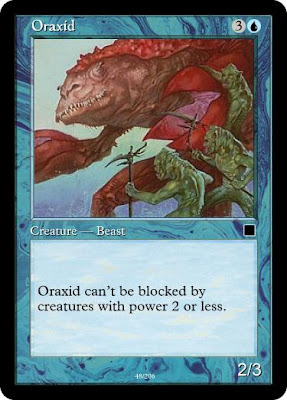 I knew I wanted to change the "red" part that is represented by the Goblins in the art to something else that the Goblins would still represent. Here's many of what they represent:


I didn't want to reference the Goblin type unless Goblin tribal mattered. Which it doesn't really in this block. Red has already been done. Not being able to be blocked by multiple creatures seemed great, but kinda doesn't make sense for this creature in particular, flavorfully. And because this is a common, I didn't want to use the many words and slight-more complexity that is referencing the converted mana cost. So, power it was.
at 8:03 AM