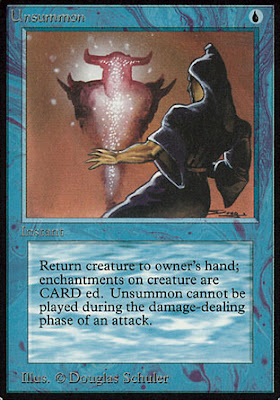 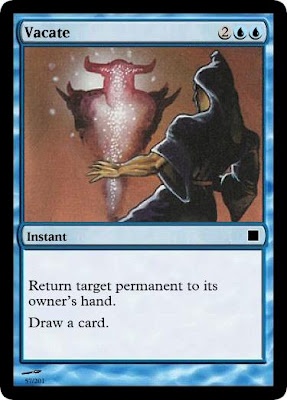 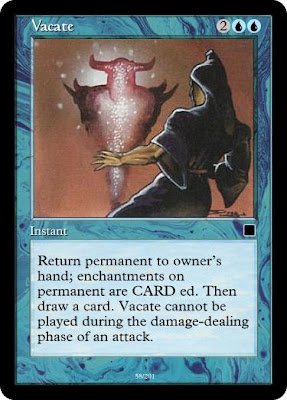 I wanted to show the two different card versions of this design - because trying to follow the wording as it was before made it seem more complex than it actually is.

So, I discovered that Unsummon is the only blue bounce spell in Alpha. I know I have to keep this a bounce spell. But I also value that the sole bounce spell in the set is able to return the one permanent type that matters most: creature. It also helps that the art depicts a creature-like image.

I discovered that there hasn't been a straight-up cantrip version of bouncing permanent spell. Opportunity taken!
at 2:59 PM