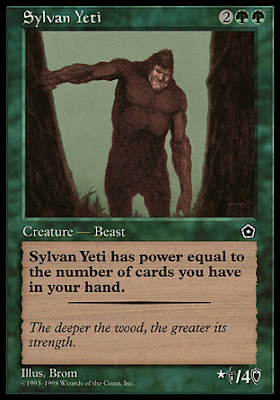 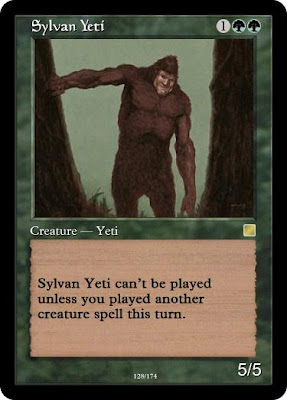 I was trying to tap into the flavor of the Yeti - how it's one of those mythological beasts like Bigfoot that folks may stumble upon or go looking for. And this is why the Yeti can't come out unless there's someone else to have drawn it out of hiding. And voila, this redesign.

Note, that the design had to be simple and avoid certain things due to the fact that it first appeared in a Portal set.
at 3:45 PM